2017 VOLLEYBALL COACHES OF THE YEAR 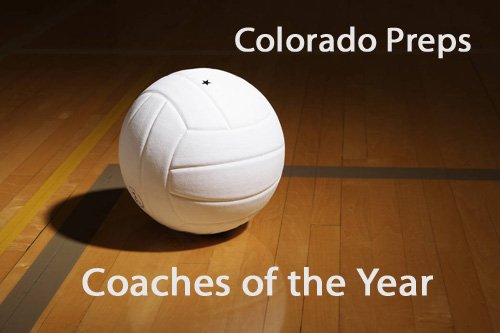 With five state volleyball champions crowned Saturday night, attention now turns to post-season awards and we start off with the release of our coaches of the year in each class.Â  While most media outlets will name state champions as their coaches of the year, Colorado Preps tries to look a bit deeper and find coaches who have turned programs around or done something with clubs not done before in school history.
With that in mind, here are the selections for the 2017 season.

Our selection is Kelly Hale of Briggsdale.Â  Not only did the Falcons improve by eight wins from the previous season, they made the state tournament for the first time in school history.Â  Hale took over the program in 2013 and won just four matches that season but bumped to nine the next season, up to 14 in 2015 and then 12 in 2016.Â  The final bump came this year as the Falcons went 20-9 overall.
Consideration was also given to Amber Huff of La Veta and Eula Myers of Wiley.Â  Huff lost two key starters to transfer from 2016 but still got the Redskins back into the state semifinals.Â  Her program has won 53 matches in the past two years.Â  Myers is the third coach in three seasons at Wiley but she still led them to 19 wins and a state tournament appearance.

Several coaches grabbed our attention this season but our top choice is Michelle Baker of Wiggins.Â  The Tigers (20-9) won just eight matches in 2016 but came within a whisker to reaching the state semifinals this season.Â  Baker’s group beat eventual state champion Lyons in five sets in state tournament pool play but then fell to the Lions in a one-game playoff later in the afternoon.Â  Still, the Tigers jump from eight to 20 wins in one season and finished above 500 hundred for just the second time since 2007.
Three coaches from the Western side of the state could have easily won our award.Â  They include Gina Hollen of Dolores, Marybel Cox of Rangely and Greg Cravens of Meeker.
Hollen led Dolores (22-4) to a 13-game improvement in 2017.Â  The Bears won just nine matches in 2016 but jumped all the way to 22-4 this season.Â  They also captured the San Juan championship with a perfect 13-0 mark.
Rangely (22-5) improved by nine wins under Cox and recorded their most wins since the 2010 season.Â  The Panthers also won the Western Slope championship based on their head-to-head win over Meeker.Â  The Cowgirls (24-4) avenged that loss in the district tournament and used momentum from it all the way to the state semifinals.Â  They lost to eventual state champion Lyons there but still ended the season with eight more wins than 2016.

A good group of coaches in this division but our choice for top coach is Candace Shaw of Centauri.Â  The Falcons ended the post-season with two frustrating losses in the regional tournament and did not make the state tournament field, but until then they were the best story in maybe the entire state.Â  The Falcons went just 12-12 in 2016 but went through the regular season without a loss in 2017 (23-0). Â The most wins for the program since MaxPreps started posting records in 2007 was just 14 so Shaw took the Falcons to heights not seen in the past decade.
Other coaches who gained consideration from Colorado Preps were Jamie Page of Buena Vista, Larry Deffenbaugh of Bennett, and Morgan Lamm of Florence.
Page led the Demons to the Tri Peaks league championship and won eight more games than a year ago.Â  They also earned a state tournament bid by winning a regional tournament on the road.Â  Deffenbaugh pushed Bennett to their first ever state tournament appearance.Â  Florence won just two games the entire 2016 campaign but playing the same schedule, jumped all the way to 15-10 and a regional tournament appearance in 2017.

Palmer Ridge (24-3) qualified for the state tournament for the first time in school history and for that effort, Jessen Miller is our selection as Coach of the Year.Â  The Bears are a relatively new program from Monument and have slowly been building the program.Â  They posted just their third winning record in school history and Miller got there with freshmen playing major roles in the front and back lines.Â  They won just eight games two years ago and improved to 18 last year and up to 24 this season.
Coming in a strong second was Kehaulani Rust of Glenwood Springs.Â  The Demons finished 19-6 and improved by ten wins over the previous season.Â  They earned a share of the Western Slope league championship and finished with double-figure wins for the first time since 2013.
Melissa Bravo of Discovery Canyon also gained consideration after leading the Thunder to their first-ever state tournament visit.Â  The Thunder (15-12) improved by seven wins and played very well down the stretch to earn the trip to the Denver Coliseum.

It’s a break from our mold, but we’ve selected state championship winner Scott Dowis of Castle View (25-5) as our big school Coach of the Year.Â  The Sabercats won their first-ever state championship on Saturday night and it was a long road there.Â  They were not among the top 10 in any pre-season rankings but worked their way through a very difficult non-league schedule and the rugged Continental slate to grab the championship in a thrilling five setter against Cherry Creek.Â  They also improved by 10 wins from 2016.
Other coaches on our list include Bob Richardson of Fruita Monument, Julie Hilt of Rocky Mountain, and Jared Rudinger of Fort Collins.Â  All three coaches directed their club to a state tournament appearance.Â  Richardson’s program won just 12 matches two years ago but finished this season at 24-3.Â  Holt led the Lobos to seven more wins than 2016 and Rudiger directed the Lambkins to four additional wins from last year.