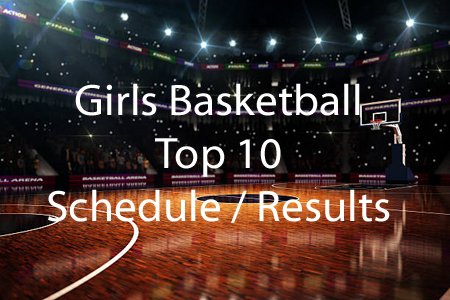 The state championship rematch between #1 Kit Carson and #2 Fleming is the attention getter on the Saturday top 10 schedule.Â  Kit Carson topped Fleming twice last year including a 55-35 decision to win the state crown and the two sets of Wildcats meet for the first time since that battle.
But another 1A clash is equally important as #4 Briggsdale goes to #9 Heritage Christian.Â  The two are in different leagues but will compete in the same district tournament later this month.Â  The winner likely gets no worse than the second seed behind Fleming in the draw.
First place in the 2A Santa Fe chase is also on the line as #3 Swink meets Rocky Ford.Â  Both teams have one league loss and share the top spot by one game over Fowler.Â  A Swink win puts them in great shape to land the championship while Rocky Ford still has a second meeting with Fowler remaining on their schedule.
Below is the entire Top 10 Schedule for the night.Â  We’ll post scores first to our Daily Scoreboard and then update our list here.Â  Final scores can be sent to us through email to Kevin@coloradopreps.com or by text to 970.380.7737.