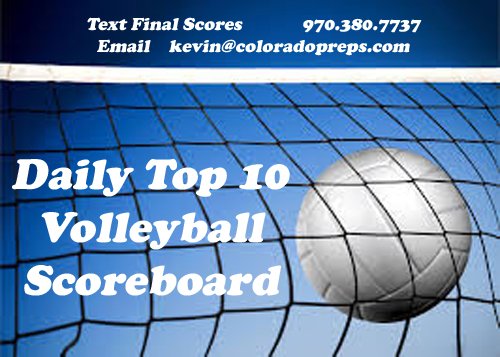 Tournament play dominates the weekend schedule as several top 10 volleyball clubs are involved in events spread out across Colorado.Â  Teams not involved in those events include a pair of number one teams that do step on court for one regular season contest.
#1 Kit Carson (1A) has the more difficult test of the two as they host #2 La Veta in what could be a preview of state championship or semifinal match in November.Â  The Wildcats have not dropped a set since 2016 and tonight’s could represent their top challenge of the regular season.
Yuma is the number one team in Class 2A and easily won their season opener against Sedgwick County earlier this week.Â  The Indians head north to face Pine Bluffs WY as part of a doubleheader with the football team.
We list all the ranked teams on the court below but instead of listing all the tournament matches involving those clubs, we simply locate the event they will compete in today and tomorrow.