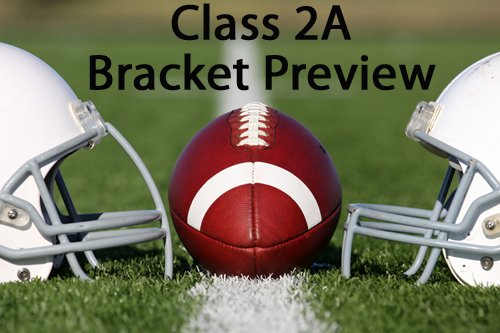 Updated RPI standings for Class 2A football have been posted so we can start the process of laying out the playoff bracket.Â  Official RPI standings and pairings will be released on Sunday and these are just our projections.
There are three games on the Saturday schedule that are not yet included in the standings and two of the games involve teams either in or hoping to make the playoffs.Â  Kent Denver is 2nd in RPI and closes at home against Sheridan and that game will lower the strength of schedule for the Sun Devils.
D’Evelyn is also in action against Denver West and while the Jags are heavily favored, the game is important.Â  The Jags are 16th in the RPI standings as the game opens and .010 ahead of Coal Ridge.Â  The Jags will take a slight hit in opponents winning percentage as the Cowboys are just 1-7 so it will be interesting to see if they can hang on to the final playoff berth or if Coal Ridge will pass them.Â  The Titans finished the season with a win at Steamboat Springs on Friday.
League champions are guaranteed a top eight seed and home game in round one of the playoffs.Â  The eighth home game is given to the highest ranked team that did not land a conference crown.

Posted before games open on Saturday

Teams play at home in round one regardless of RPI standing

NOTES:Â  With one minor change, the committee could easily go straight RPI for the entire bracket.Â  The pairings we have in place are in that order with Aspen and Salida as the exceptions.Â  We move the Skiers to 12th and Salida up to 11th to avoid having Salida and Classical Academy paired in round one.Â  Otherwise the matchups are good concerning travel and preventing league matchups in the opening round.
One other change that could take place features Sterling and Machebeuf.Â  They’re seeded 9th and 10th by RPI but there could be discussion on moving Sterling back to 10th since they played Eaton during the regular season.Â  It’s not a requirement but committee’s in the past have tried to avoid regular season rematches in week one of the playoffs.
The same situation occurs with Platte Valley and D’Evelyn if the Jags stay in the bracket at #16.Â  Those two met in week four but exchanging them with Resurrection Christian doesn’t help as the Cougars also played Platte Valley in week three.Â  To alleviate that situation, Elizabeth would likely need to be dropped to 16th with D’Evelyn then making the drive to Bayfield.Â  We leave it as is.